To have a Vase of Anduze shaped by the Pottery of the Madeleine, it is to hold a little of the passion of the Bimar family,
an avant-garde family that has redecorated the coat of arms of an ancestral vase throughout France and the most beautiful capitals of the world.

The town of Anduze has built its world fame as the capital of pottery since the 17th century, with the manufacture of the Vase d'Anduze. Inspired by Italian Medici-style vases, the Anduze Vase is adorned with garlands of fruit and flowers, with a size as impressive as it is harmonious. Shot from the land of the Cévennes with strength and finesse by the hand of man, the Vase d'Anduze is the fruit of know-how acquired by talented craftsmen.

Several potters signed it: Louis Bourguet, Castanet, Clauzel ... and the family badges are still recognizable today. The oldest dating from 1782 is that of the famous Jean Gautier. The same man who imposed this ornamental vase in the most beautiful residences and castles in the south of France.

La Poterie de la Madeleine has revived the past while remaining faithful to the artisanal tradition of Vase d'Anduze. Know-how and respect for authenticity have enabled it to rise to the forefront of the workshops for manufacturing Vases of Anduze, whose original identity made in France is preserved. 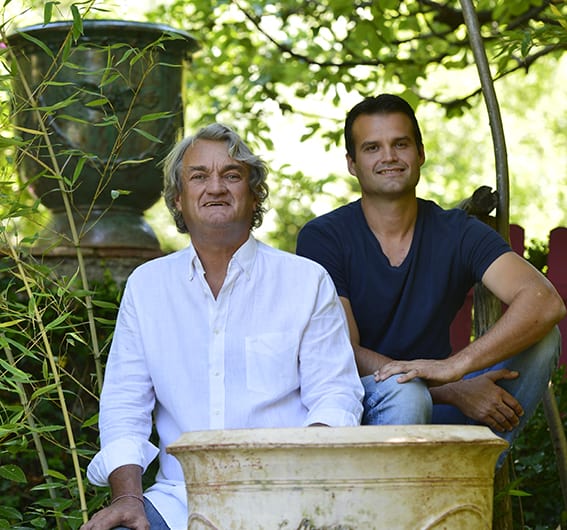 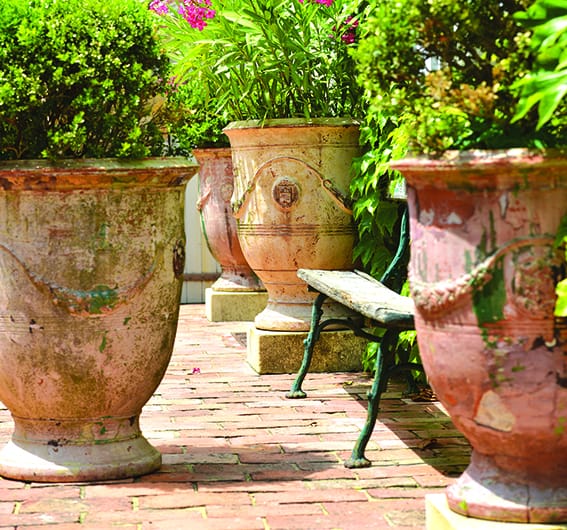 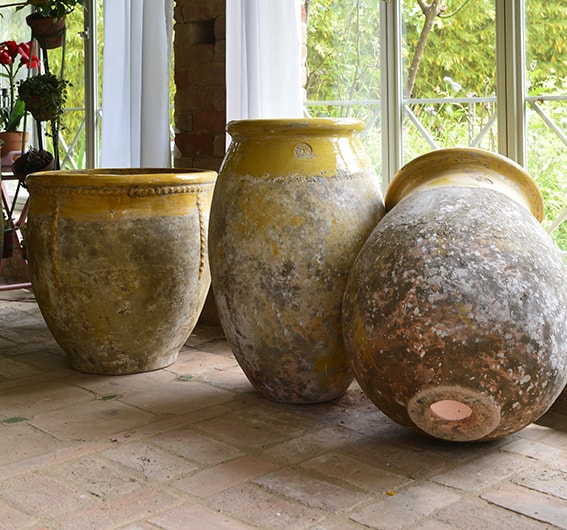 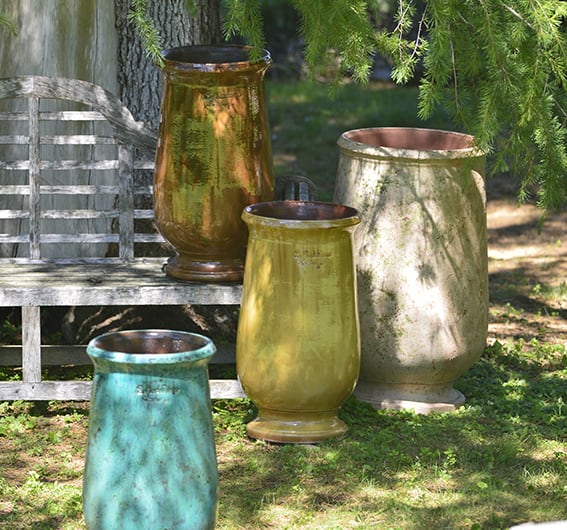 It was in the eighties that La Poterie de la Madeleine revived the Vase d'Anduze from its workshops by republishing Jean Gautier's model.

Silhouette, garland in gendarme hat, stamp: all the original characteristics that characterize the Vase of Anduze are brought together in respect of traditional manufacturing and thanks to a fine mastery of old patinas. The Pottery of the Madeleine thus revives in its workshops, the art of 18th century potters. The same techniques are worked brilliantly and the earth is shaped with the same love.

First to break the enamel to give the refined aged look so refined, first to dare new forms associated with dynamic colors ...

The famous stamp struck with the effigy of the Pottery of the Madeleine, constitutes a model of reference in the whole world thanks to the Vase of Anduze of course, but not only. The round and cheerful Anduze Cup in its old patina dress benefited from a renaissance in its workshops. The Bac à Oranger is discovering a new life with its four enamelled earth sides ... Contemporary creations, such as the Mazagran, highlight the entrances and distinguish the alleys of the most beautiful residences around the world.

Save products on your wishlist to buy them later or share with your friends.

Our shop uses cookies to improve the user experience by continuing to browse on this site, you accept the use of Cookies